He has been working with the Percheron Horses in South Africa for the last sixty years and has been a member of the South African Percheron Breeders Society for forty years during which time he has been both President and Vice President of the Society. Mr van Zyl’s knowledge about Percheron Horses in South Africa is extensive and his integrity unquestionable. His stud is made up of the great old SA bloodlines, massive horses all over 16hh. Mr van Zyl’s horses are very true to type and typical in every way to what an ideal Percheron should be. He has 6 mares and one breeding stallion.  Mr Van Zyl has bred dozens of wonderful horses over the years and there is nowhere near enough room to portray all of them but here are five pictures of some of his great ones. 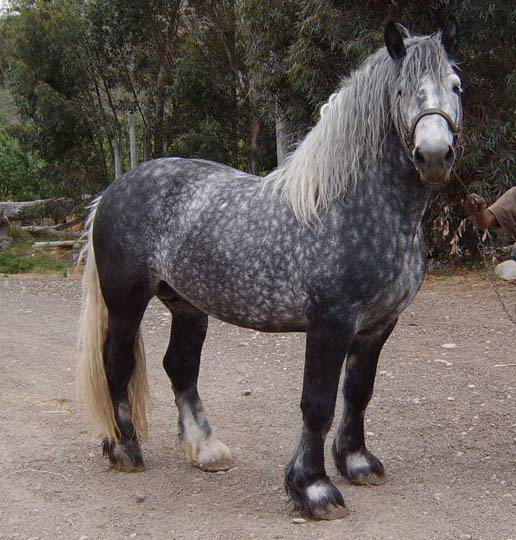 His stallion Elsenburg Leroy is perfect as regards conformation and is of the old South African bloodlines from the Histon Hallmark line. Leroy has a magnificent head and huge knees and cannon bones. 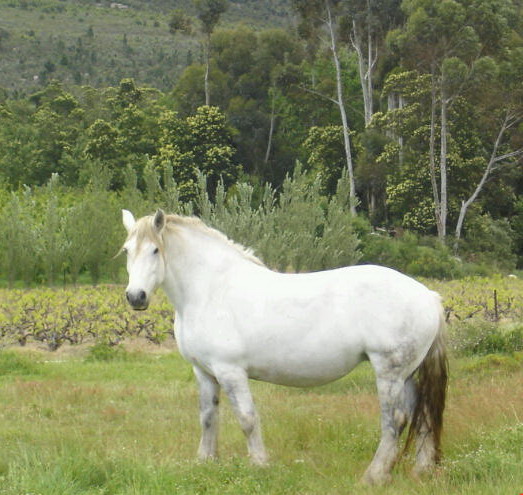 This beautiful mare Almarada Olga is the matriarch of his herd and the photo is taken of her is her younger more glamorous days.  She is now in her late twenties and rather frail but Oom Gerrie loves her to bits and she is still healthy so she is no ready to move into the next world. 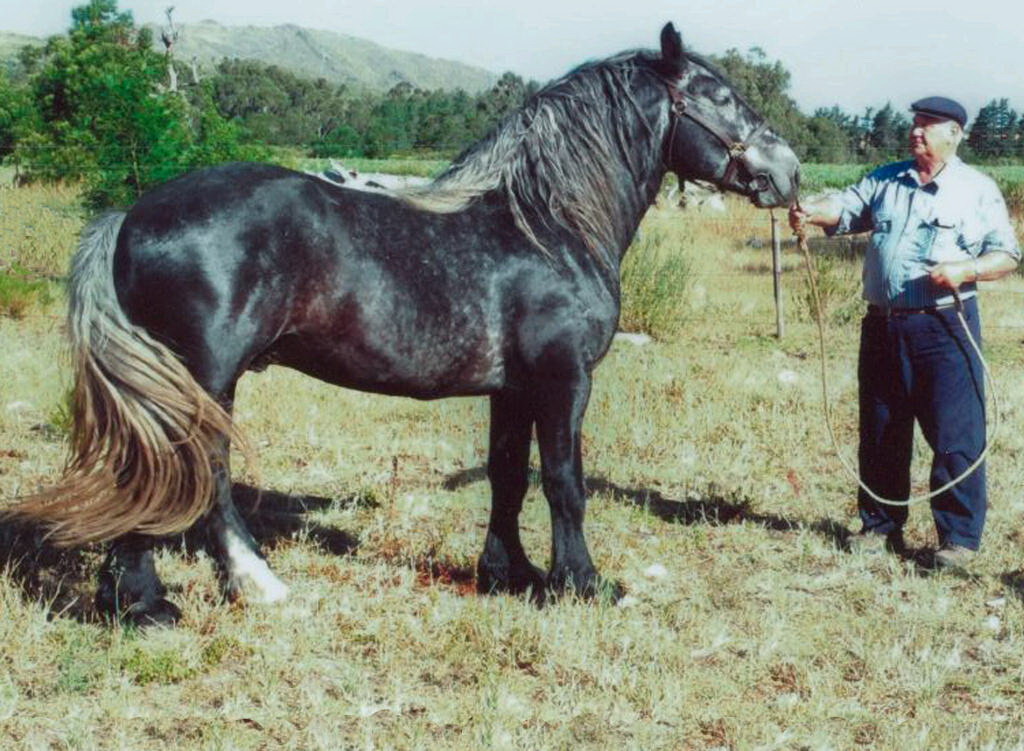 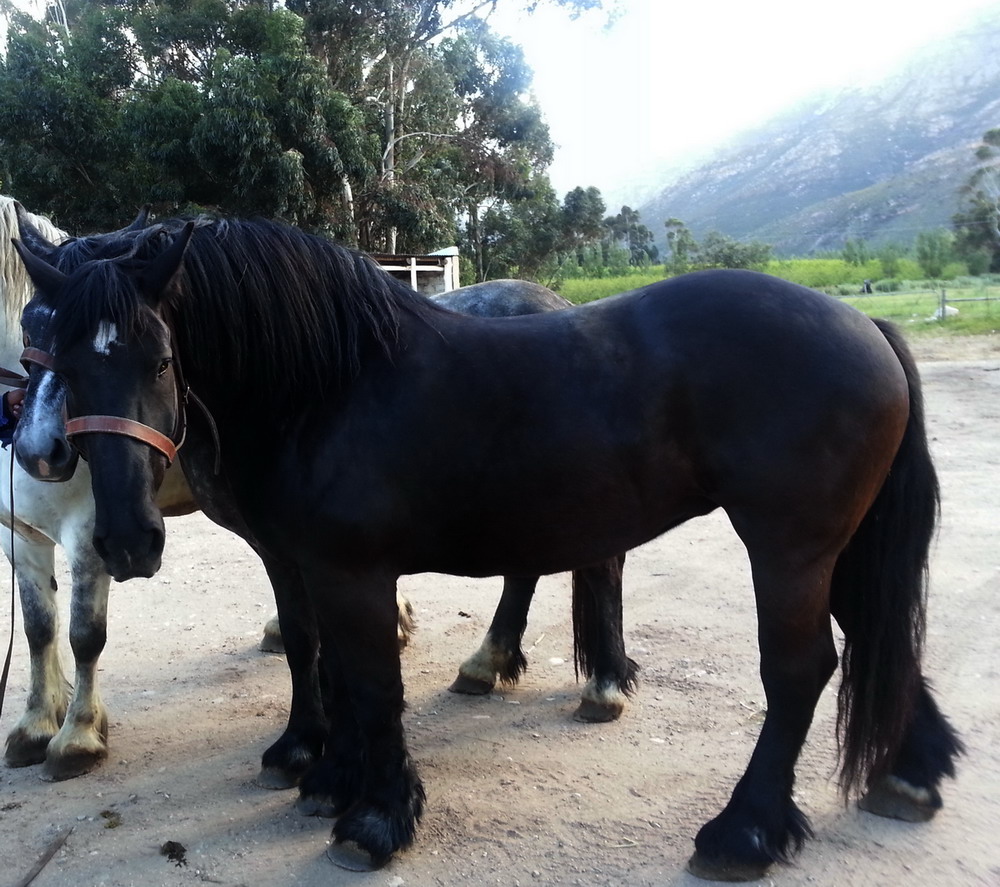 Almarada Ona out of Elsenburg Malan and Almarada Olga. She is his favourite mare; a 17hh black mare with huge bone and a lovely large rump.  The black Percherons are very sort after. 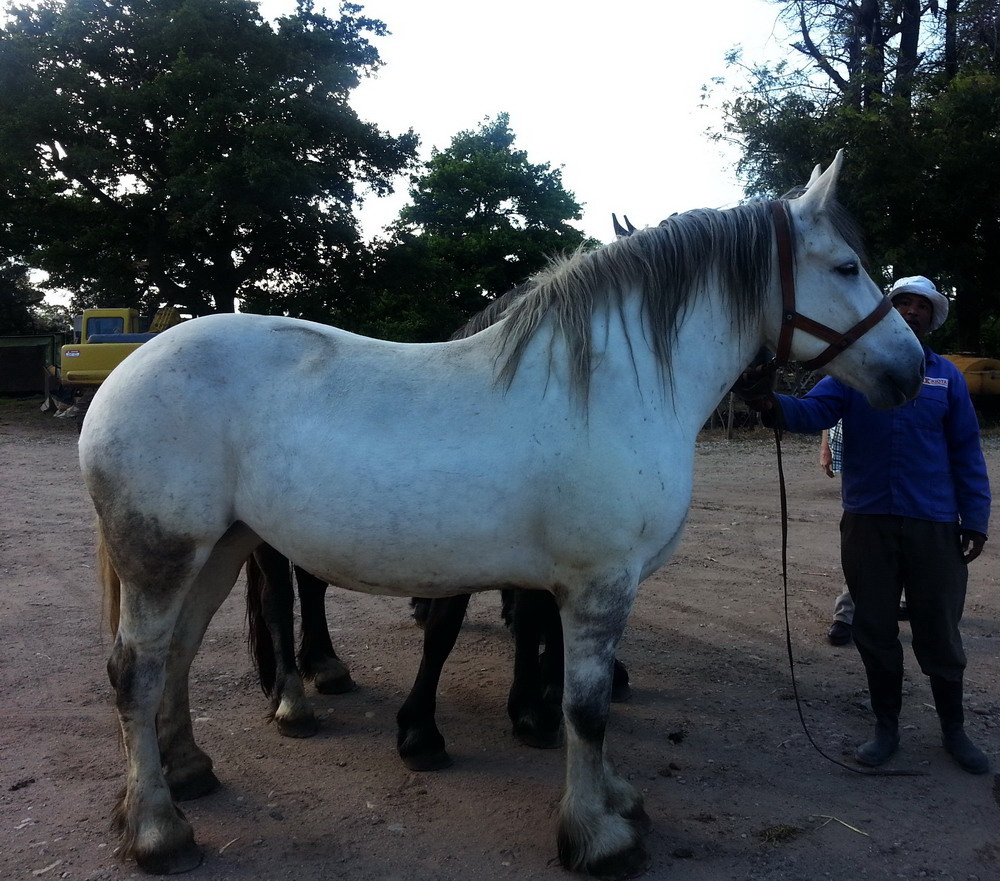